What is Crema in Coffee? 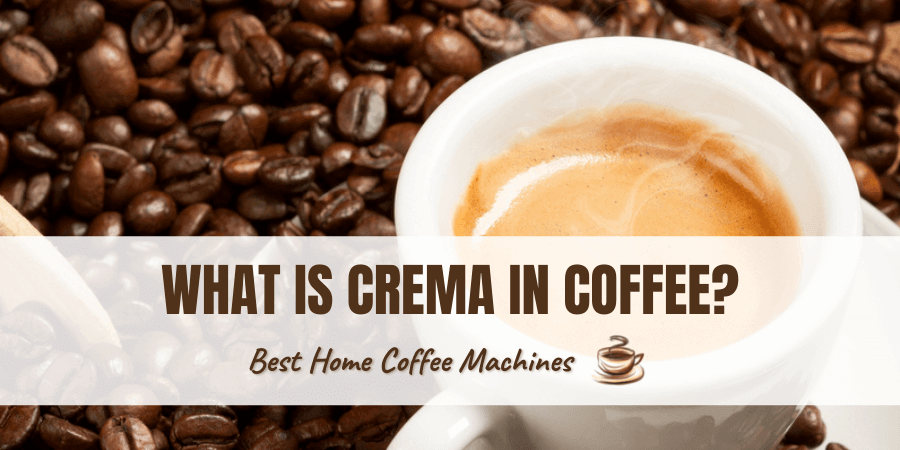 What Is Crema In Coffee and Why Does It Matter?

If you pay even a little bit of attention to the coffee world, you will have heard the term crema used.

Baristas take it seriously, espresso fans rave about it, and coffee sommeliers are adamant that it can make or break a coffee.

But what is crema in coffee, and why is it so important to brewers?

For starters, it’s a sign of good coffee. It also enhances both the texture and taste of espresso, so it’s a pretty big deal.

This article covers what you need to know and will turn you into a crema coffee expert in no time. Take a look at what you’ll learn:

First things first: what is crema?

The meaning of the term crema refers to the thin, caramel-colored layer of foamy little bubbles that rest atop fresh espresso.

(Please don’t confuse it with creamer, as I did when younger and had no idea what good coffee was!)

Espresso crema is formed during the brewing process. While it’s not coffee itself, it’s not microfoam — milk foam added to lattes, cappuccinos, and flat whites — either.

Here’s a picture of crema in espresso for a visual: 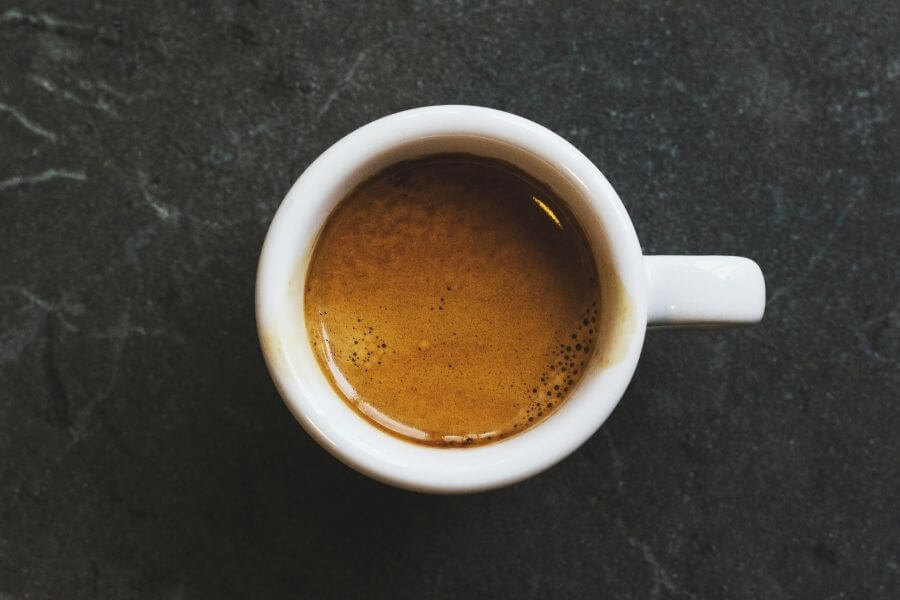 This is the basic definition of espresso crema. But like a cup of espresso itself, there’s a lot more beneath the surface. Let’s explore the specifics.

What Is Espresso Crema? A Scientific Elaboration

It’s easy to forget that coffee is an amalgamation of chemicals that involves more than just caffeine and good old H2O. Science of Cooking states that there are more than 1000 chemicals found in coffee. This is important because when coffee beans are roasted or brewed, those chemicals react. Espresso crema is an example of this.

When coffee beans are roasted, they begin to release carbon dioxide, which causes crema on coffee to form. When grounds are exposed to high pressure and heat, the carbon dioxide gushes out and rises to the surface of the joe. Think about fizzy drinks, the bubbles of which are typically CO2 as well.

There’s another chemical factor in espresso crema too; Coffee grounds also release a variety of oils, which is also why you should never pre-ground coffee. Once those oils escape, it’s a matter of time before beans oxidize and expire.

These oils, which don’t dissolve in water, float to the top of a cuppa, creating an unseen barrier between your foam and your coffee. This is why espresso and espresso-based drinks appear layered.

Why Is Crema Important In Coffee?

The way an espresso looks can say a lot about the coffee’s quality. Espressos are supposed to have the coffee-oil-foam structure. If you brew a shot and it doesn’t come out that way, something went wrong. Here are the key culprits:

If your brew doesn’t have foam, there’s a high chance your beans were stale. Two factor contribute to bean freshness:

Freshly ground beans bleed oils, so if your espresso has no crema, it could be that the beans were pre-ground and have lost their juice. This isn’t ideal because it alters the coffee’s profile. You won’t get sick from drinking stale coffee, but trust me when I say it won’t have that delicious coffee aroma. It may even taste slightly rancid.

In addition, the longer roasted beans are left to stand, the more CO2 they lose. Since CO2 forms crema, if there are no bubbles, it’s because there isn’t any gas left to make them.

Espresso is not the easiest coffee to brew. In fact, part of its original appeal was the artistry involved. Baristas had to train to operate espresso makers and took their task seriously because of how hyped espresso was (and still is).

These days, automatic espresso makers make the task a lot easier, but back in the day baristas had to have perfect form.

Using too little pressure, water at an inadequate temperature, pulling the shot too early, or over-extracting your coffee can all affect the structure of crema.

Sure, it’s not the end of the world (and please don’t ever use this as an excuse to be mean to your barista), but the nature of espresso demands optimal brewing. Anything less and your joe might disappoint. 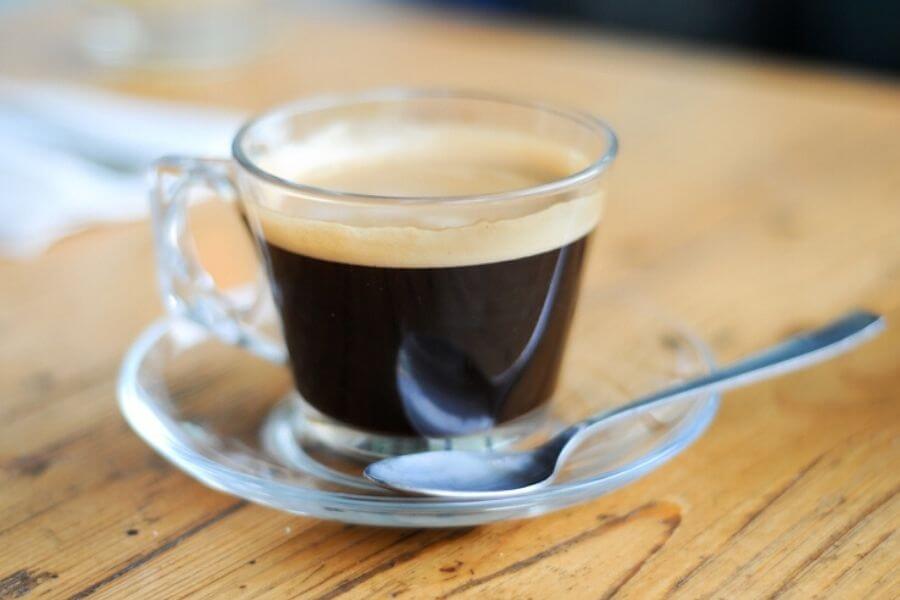 There is an ongoing debate over whether crema matters or not, but the general consensus is that it’s up to you. If you don’t mind less foam, or can’t tell the difference in flavor if a cup is subpar, then crema quality isn’t a key concern.

It’s a silly thing to trifle over, if you’re enjoying your coffee that’s really all the matters!

But it’s not snobbery for the sake of it either; the emphasis placed on crema is valid. No one wants to drink coffee that’s expired, or pay for a shoddy brew. Crema, or rather the lack of crema, is a dead giveaway of both.

Additionally, espresso is said to taste better because of crema. Its velvety texture enhances your flavor experience and makes espresso more palatable.

A rookie mistake is assuming that because an espresso has crema, coffee standards are met. While crema is generally a good sign, it can indicate issues. There are three things you should inspect to properly gauge the quality of your espresso.

Crema is supposed to be brown. Think tan, caramel, or even beach sand. No two cremas are exactly the same, so don’t panic if yours is slightly lighter or darker than the examples. The exact shade is dependent on the beans and roast. But it also signals over-extraction (dark brown) or under-extraction (overtly pale brown).

Crema that’s too light could result from an espresso machine that wasn’t adequately heated or water that was too cool.

Another thing to watch out for is two-toned crema. This often presents as a dark ring around the rim of your cup with normal or light crema in the center.

Try not to overthink the shade of your crema. If it’s too light or dark, you’ll notice it immediately. So long as it falls within the mid-toned browns, your crema is probably healthy.

If the crema is yellow or white, that’s not normal or good and you should not drink the coffee.

Don’t read too deeply into this because I can assure you that baristas do not measure every single layer of crema they brew, but the height and thickness of crema can reveal a lot.

Espresso crema should conceal the coffee beneath it when it’s served and then dissipate over time. It should also be a clearly defined layer. This might be difficult to gauge if you’re drinking out of an opaque cup, but it should rise a little bit. Of course, it shouldn’t be a mountain of foam — just thick enough to be considered a layer and not a skin.

Different grounds yield different crema heights. Dark roasts tend to have less while freshly roasted beans will have excess crema courtesy of the extra CO2 that hasn’t had time to effuse yet. Speaking of CO2, it’s all about the bubbles. If you don’t spot any, there’s a problem.

In summary, your crema should absolutely not look like this: 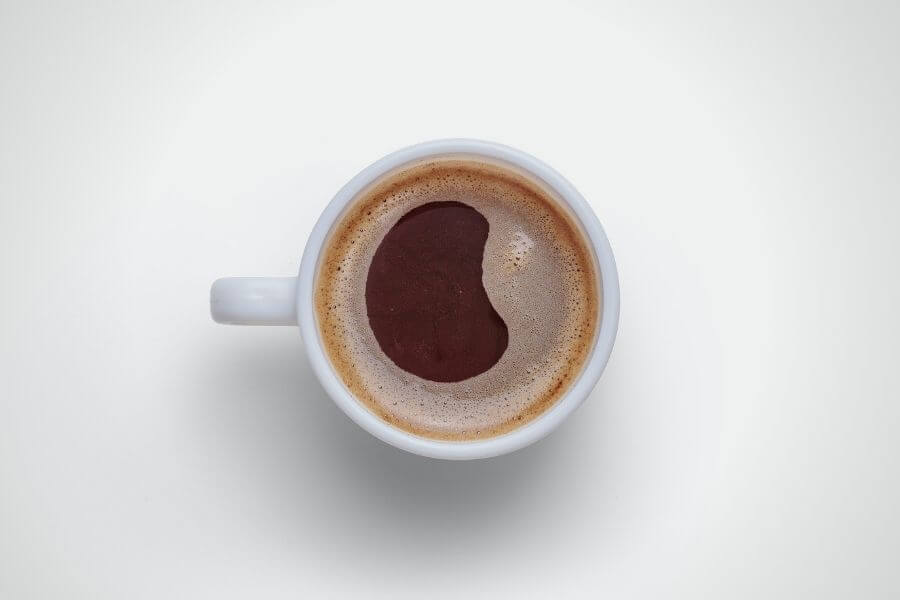 Espresso foam should be foamy and not crusty, excessively oily, or grainy. In fact, crema’s early hype was catalyzed by the idea that espresso made its own creme. It is meant to be smooth, velvety and, creamy.

Crema should hold its form for at least two minutes before it dissolves, so if you order a fresh espresso and the foam is gone by the time it reaches your lips, take it as a sign that your joe wasn’t brewed properly.

If you’re brewing your own espresso at home, the following tips will help you make espresso that tastes excellent and looks amazing, crema and all.

Learn How To Brew Espresso

A good brewing technique is vital to perfect crema. If you don’t know where to begin, we’ve got you covered. Our in-depth how-to guide shows you how to operate your machine and pull a perfect shot.

Your grounds will affect the presentation of your crema, so knowing your beans or roasts can make all the difference to your crema. I recommend researching your specific choice so you know what to expect. If you skip this, you run the risk of misjudging your crema and writing off a perfectly great cup of joe.

The Fresher the Better

I’ve said it before and I will say it again: only grind your beans just before you brew them.

There are ways to preserve coffee once it’s ground (freezing in an airtight container, for example), but you will ruin the integrity of your beans if you leave them for too long. It’s recommended to use beans within a week of purchase for the best results.

Remember, freshness is one of the key factors in crema quality, so don’t compromise.

Sometimes, even if your beans are fresh and you’re skilled at pulling shots, your machine will turn against you. Put it in its place by preheating (you can do this by pulling a couple of plain water shots before you brew). This ensures even and consistent heat distribution, so the cold won’t dull your shot.

In a similar vein, make an effort to maintain your machine. You may have to prime it first to make sure its pipes are in working order and your pressure isn’t too low.

Finally, warm your cup before pouring your espresso to help the crema hold its form. 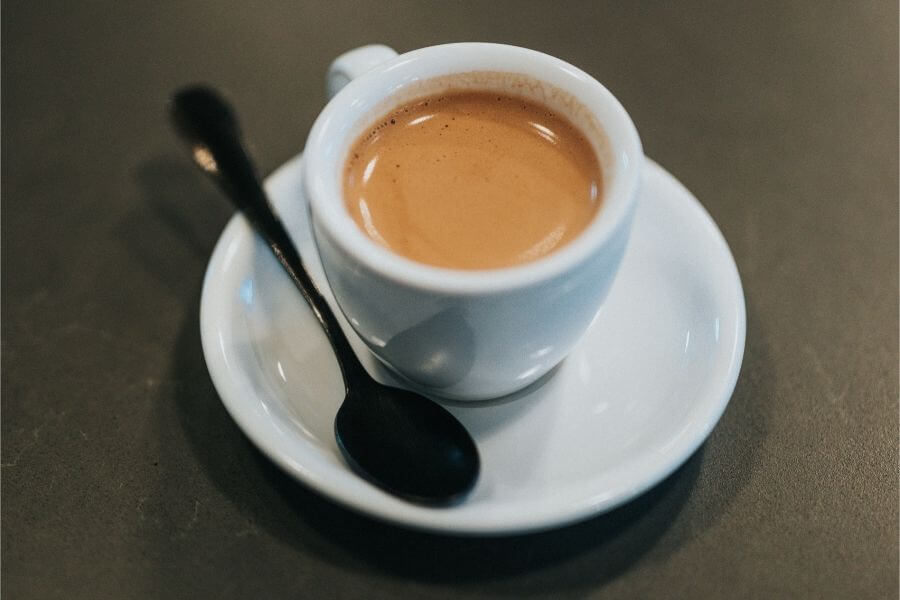 The necessity and significance of espresso crema is debated, but we can’t argue with science: crema is a sign of a healthy, quality cup of coffee.

What is crema in coffee? It’s a little ray of caramel sunshine that indicates a fresh, robust, well-balanced espresso shot. If you’ve enjoyed learning more about crema, don’t forget to share this article with your java-loving friends!

Does Regular Coffee Have Crema?

Crema is associated with espresso because the pressurized hot water needed for espresso creates crema. Regular coffee may have some air bubbles, but this doesn’t count as crema.

How Do You Make Espresso Crema?

Crema forms naturally when espresso is brewed correctly. The only way you’ll be able to “make” crema, is to brew an espresso shot. Pay attention to your brewing technique, machine health, and beans if you’d like to create the perfect crema.

Is Espresso Crema the Same as Microfoam?

No. Crema is a layer of foam formed by carbon dioxide reacting with water. It develops when the high pressure and heat of espresso machines force CO2 out of grounds. Microfoam is textured milk, created by steaming, and therefore disturbing, the oils and sugars present.

Can You Make Latte Art With Espresso Crema?

It’s not that you can, it’s that espresso crema is necessary to make latte art. To put it simply, your microfoam will be the paint and the crema will be the canvas. It’s what holds all those wonderful designs in place!