How To Use an Espresso Machine 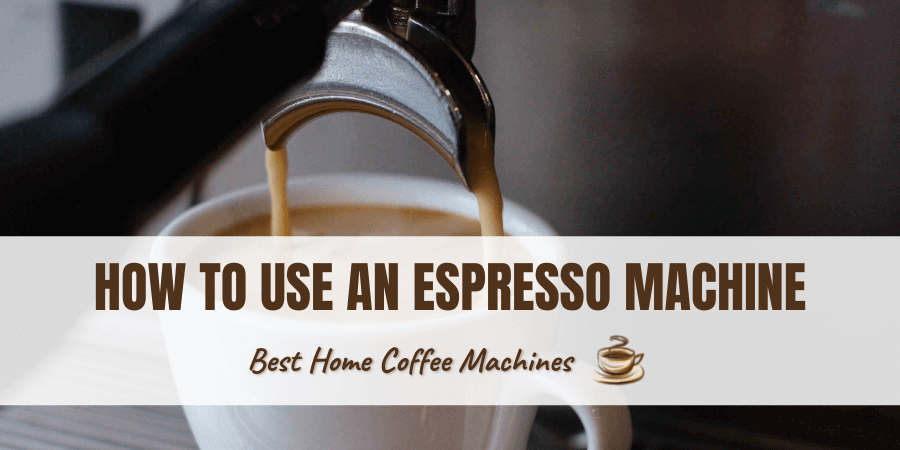 How To Use an Espresso Machine Like a Pro

A National Coffee Association survey shows that 50% of Americans prefer espresso-based drinks. It’s no wonder that home espresso machines are growing in popularity.

In this guide, you’ll learn how to use an espresso machine. Then once you’ve graduated, head to our guides on how to use a steam wand, and how to maintain and troubleshoot your machine.

For part one of your home espresso journey, here’s what’s store:

Home espresso machines aren’t exactly commonplace. But why given that espresso is a firm favorite? Probably because espresso is in a league of its own and the processes involved are slightly more complex than with other types of coffee.

How Espresso Is Made

There are various brewing methods and the most popular are immersion, percolation and… espresso.

Yes, you read that correctly, espresso is both a specialized brewing technique and the resulting product — the only coffee that can boast this.

Espresso is brewed by forcing bursts of hot, pressurized water through tightly packed grounds. This rapidly pulls flavor from the coffee beans and produces a bold and concentrated coffee extract that is enjoyed straight or with milk and other additions.

Other coffee machines are built to soak, drench, or even boil grounds. Attempting to make espresso in a standard machine is akin to frying an egg in a toaster — suffice to say, regular coffee machines cannot brew espresso.

Some products (cough-cough, moka pots) brew something similar to espresso, but the pressure is too low to brew true espresso.

Before you can start figuring out how to use an espresso machine, you need to know what kind of device you own or want to buy. We’ve covered this in detail in our espresso machines buyer’s guide, but here’s the short version:

Manual espresso makers are artisanal, so you’ll have to control and operate everything yourself.

Semi-automatic espresso makers combine craft brewing and automation. Generally, these machines take care of the important functions but leave room for you to brew your way.

Automatic espresso makers regulate temperature and pressure without any input from you. Programmable models allow the user to adjust a variety of settings. 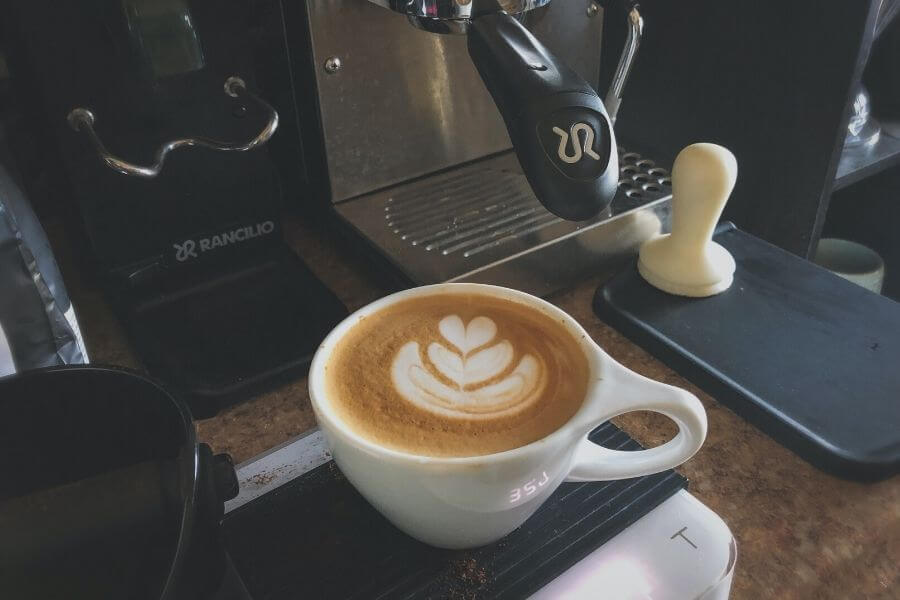 The Anatomy of an Espresso Machine

Once you know your espresso machine’s type, how to use it is largely a matter of familiarizing yourself with its features. The exact functions vary between machines, but all have a common denominator: their mechanics.

Home espresso makers are compact and generally easy to work with, so there is no need to study every bolt yours contains. That said, there are four parts you can’t afford to disregard.

This is where you add your cold water. Detachable reservoirs are convenient as are those with water level markings.

Commercial machines have something called a heat exchanger, a complex filament that heats cold water as it’s fed through the pump to the grounds. Home machines don’t have this capability and instead feature a boiler instead — a simple element that collects and heats water for brewing.

The Pump (or Lever)

The pump is responsible for water pressure. The majority of home espresso machines are pump-driven, though some may have a lever. In this case, the principal is the same, though handling varies. Levers are considered harder to master.

Note that some espresso machines feature neither a pump nor a lever and rely on temperature and steam instead. These machines aren’t ideal because they lack the power to make full-bodied espresso.

The consensus is that an espresso maker should exert at least nine bars of pressure for the best results. Steam machines generally only reach 1.5 bars, which is far too low.

The Group Head and Portafilter

The portafilter is where you add your grounds — and what keeps them in place. The group head (also known as the brew head) connects with the portafilter and this connection is where the coffee is brewed. 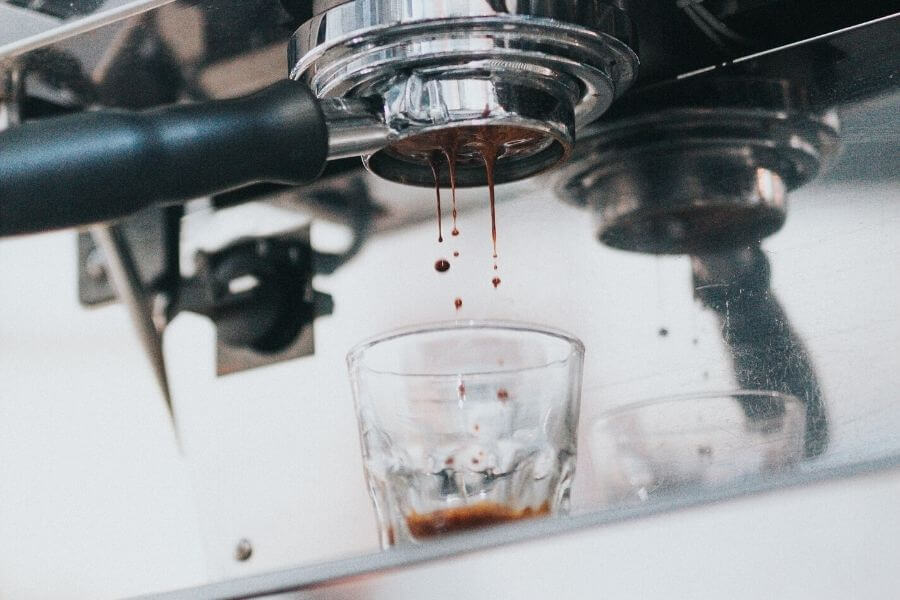 In layman’s terms, water is dispensed from the reservoir to the boiler where it’s heated to optimal temperatures. The pump then pulls heated water from the boiler and pushes it into the group head. From there, it’s pressed through the grounds in the portafilter to extract the espresso. Your espresso then dispenses into your cup.

Remember, each espresso machine is different and so, how to use each model differs slightly. Check your instruction manual for more details.

Depending on the model, your espresso maker may come with a few handy extras. Highlights to look out for include:

First Use and Priming

Now that we have all the technical stuff out of the way, it’s time to learn how to use an espresso maker at home. If it’s fresh out of the packaging, the first step is to prepare your machine for smooth operation.

Give your new espresso maker a wipe down and rinse your reservoir before use. This isn’t technically necessary, but it’s hygienic and may prevent that awful plastic taste new machines can taint your coffee with.

More importantly, though, is priming your machine. Espresso makers need to have air forced out of the pumps or else it may disrupt your brewing pressure. To set up your machine, all you have to do is fill your reservoir, then open your hot water or steam valve. The machine takes care of the rest. It will pull water from the reservoir into the boiler, and fill the water lines.

You may have to take matters into your own hands if water doesn’t flow smoothly from the reservoir to the boiler. Carefully use a soft tool such as a dropper, baster, or syringe to force water into the boiler.

Priming is essential with fresh machines, but you may have to repeat this process later if you notice your machine has lost pressure or that coffee is taking longer than usual to extract or draw.

How To Use an Espresso Machine at Home

Now that your machine is good to go, it’s time to make some espresso.

Step One: Step 1: Turn on Your Machine

Espresso machines don’t have to be pre-heated, but doing so can save time. To move your manual machine along, run a few plain water shots through it. Remember that programmable machines allow you to set the temperature, while automatic machines regulate this for you.

Espresso is best made with finely ground beans, but if the grind is too fine it may not hold well under the pressure and over-extract. Aim for grinds the consistency of granulated sugar. Some experts state that espresso grinds should resemble sea sand. This isn’t set in stone though; feel free to experiment to see which grind works best for you. 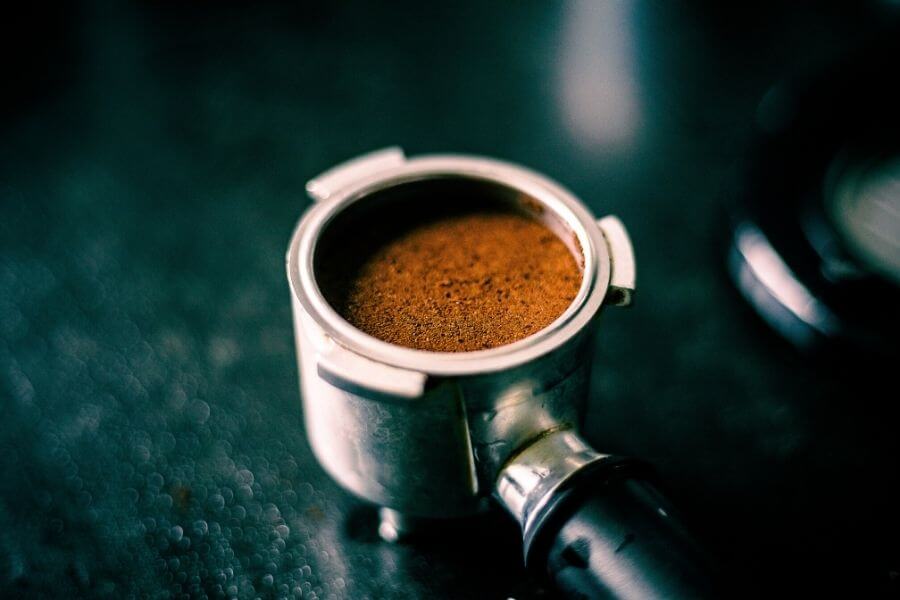 Pack your grounds into the portafilter. This is where it becomes about accuracy. Early baristas didn’t use kitchen scales to measure the coffee, they played it by ear (or eye), but they were trained in the art of coffee so this strategy worked perfectly.

For regular people, a measured amount is best.

While there’s no consensus on how much coffee makes an espresso shot, most experts recommend five to seven grams per shot, which produces the standard 30 ml espresso. For a double shot, numbers vary wildly from 14 to 21 grams.

How you go approach optimal amounts for your machine is largely a matter of trial and error, but your kitchen scale is important to begin with. Use your scale to accurately measure what works and what doesn’t so you know for next time.

Step 4: Pack and Tamp Your Grounds

Step 5: Check Your Temperature and Pressure

If you’re using an automatic machine, you can skip this step. For manual and programmable models, check that your water is set between 195 and 205 degrees Fahrenheit.

If your espresso maker allows you to adjust pressure, double check that it’s set to nine bars, the accepted norm. But feel free to play around to find out what you like.

And now the moment you’ve been waiting for: brewing a shot.

For this, you’ll need a timer, if your machine doesn’t have one built-in. When your water is ready, connect the portafilter to the group head and get ready to brew. How you do this depends on your machine, but this is when you will engage the pump, lever, or push brew button. Start your timer when you do.

Espresso should take 25 to 30 seconds to brew. When it flows, it first appears dark, almost black, but will then become golden-brown as the shot continues. It should pour smoothly, without spurts or interference, from both spouts, if your machine is set with two.

When you have dispensed the desired volume (30 or 60 ml depending on the size of your espresso), stop your machine and stop your timer.

If it reached the correct volume but took less or more time to brew, there may be a problem with how you packed your grounds. Too much coffee can slow down the process, while too little can rush it. Both affect the extraction and therefore profile of your coffee.

Crema, the layer of foam that forms on a fresh espresso, is an efficient way to gauge whether or not you’ve succeeded. It should be a noticeable light brown, though the saturation will vary according to the beans you used. If it’s yellow, white, thin, or barely noticeable, that’s a sign of stale coffee.

Whether or not you should break up the crema is up to you, but you can learn more about crema here.

If you prefer your espresso with sugar, go ahead and add it. If you take milk or want to make a cappuccino or latte, fire up your steam wand.

The only thing left now is to taste the shot and see how you’ve done!

Don’t beat yourself up if it didn’t go quite as planned. There’s a technique to espresso that you can only master with practice. If anything, messing up is a great excuse to make more coffee!

We’ve compiled a list of the best espresso machines! Take a look:

Espresso requires skill to brew a perfect shot, but this doesn’t mean you have to visit a cafe. Brewing decent coffee at home is uncomplicated once you master the basics.

Keep at it, you’ll be an expert in no time!

Knowing how to use an espresso machine is only the beginning, though. Don’t forget to visit our guides to frothing milk and keeping your machine in good working order.

How To Use an Espresso Machine FAQs

How Can I Make Regular Coffee in an Espresso Machine?

Espresso machines don’t have the structure for immersion or drip brewing, but you can make a variety of drinks including lattes and Americanos. Just dilute your espresso with milk or hot water respectively.

What Kind of Coffee Should I Use With My Espresso Machine?

Any coffee you like! But dark roasts and special espresso roasts are preferred. Whatever you do, don’t buy pre-ground coffee. A coffee’s profile begins to deteriorate and weaken as soon as oils are released from beans (which happens when you grind them). For full-bodied flavor, use fresh beans and grind them just before you brew.

Bitter, but not sour. Because espresso is brewed rapidly and forcefully, all strong stuff is extracted. Don’t expect a sweet, soft coffee (unless you’re a pro-level Italian barista). If your coffee is sour, you’ve probably over-extracted or used bad beans.