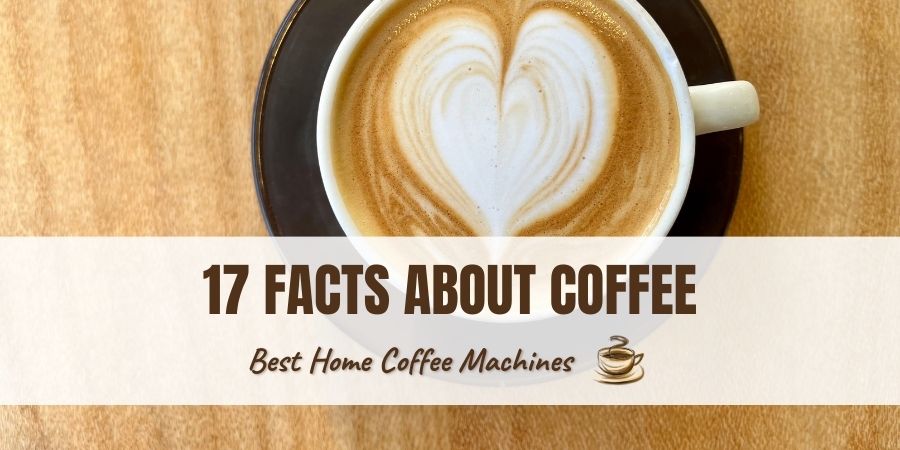 Coffee is one of the most beloved beverages in the world, following closely behind water and tea. However, there are so many facts about coffee that many people don’t know. If you love java so much that you can’t go a day without a cup, becoming au fait with it will bring you closer to earning aficionado status.

So, while you’re savoring that cup of joe, you’ll have a better understanding of the process that gets those coffee beans into your kitchen. Not to mention, you’ll be prepared for trivia! These are some topics we’ll cover:

You probably already know some good facts about coffee. But for those that don’t, let’s start from the ground up — literally.

For even more java basics, check out our guide on Where Do Coffee Beans Come From? 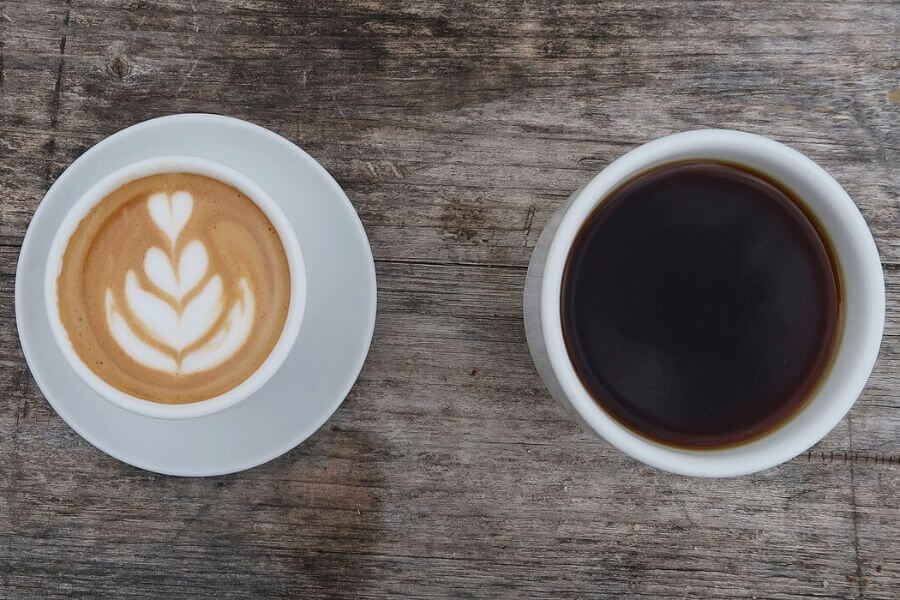 Ready to expand your coffee knowledge? As we go through the coffee facts, let’s see how many are new information to you. Some of these are sure to surprise you.

1. Coffee beans are the seed of a fruit, known as a coffee cherry or berry. The fruit is about the size of a grape and is washed and dried to reveal the seed inside. These seeds must be dried and roasted to brew coffee.

2. There are two main types of beans that make up the vast majority of our coffee supply — Arabica and Robusta. Arabica beans are the most popular and are known for producing smooth coffee with just the right amount of acidity. Robusta beans are more highly caffeinated and possess a harsher flavor.

3. According to the National Coffee Association, legend says that a goat herder first discovered coffee in what is now Ethiopia. His goats ate berries from a plant and then became so energetic that they wouldn’t sleep. A local monastery brewed a drink with those berries and found that it kept them alert.

4. There have been, what are now known as, multiple waves of coffee. The dates for each wave are not specific years, but general time frames.

The first wave started in the 1800s and lasted until the late 1900s, with the notable achievement of turning coffee into a mass-market product. First-wave coffee wasn’t the best quality, but it became easily accessible in grocery stores. Instant coffee is another innovation of this time.

In the late 1900s, the second wave began, with coffee shops, specifically Starbucks. Flavored coffee drinks like lattes became popular, and people became passionate about their drinks, although not necessarily the coffee beans. Baristas are now commonplace, thanks to this java era.

A third coffee wave started somewhere around the year 2010. This is when people began to focus more on the coffee beans themselves. There was an interest in different roasts and flavor profiles, and specialty coffee was created. The origin of beans became more significant, with people paying more attention to coffee farmers and supply chains.

Some would say that a fourth coffee wave is currently happening, as the focus shifts more to social consciousness, combined with high-quality coffee. However, there’s not a consensus on that yet, and time will determine whether and when that exists. 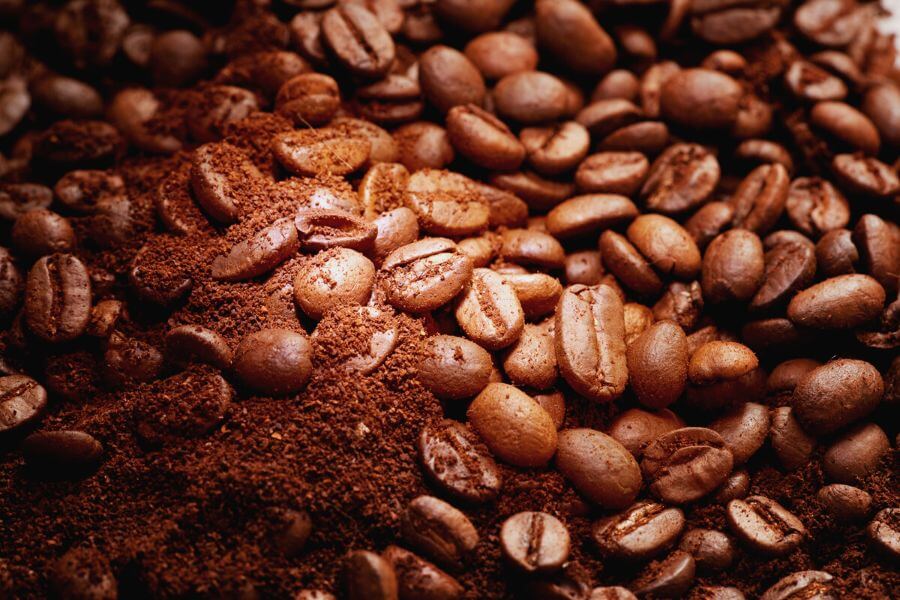 5. Only the states of Hawaii and California grow coffee in the United States. All other coffee is grown outside the US, mostly in South and Central America and Africa.

6. Decaffeinated coffee still contains small amounts of caffeine, although it’s usually less than 5 mg. Compare that to a caffeinated cup of joe, which contains about 95 mg of caffeine per 8 ounces. If you’re interested in learning more, check out our post on Caffeine in Decaf Coffee.

7. Java has multiple potential health benefits. It’s full of antioxidants that help keep the human body healthy, including reducing your risk of certain cancers. Coffee can also enhance your physical performance in exercise, and caffeine in coffee may help you lose weight.

8. According to Statista, Brazil is the world’s largest producer of coffee. In 2020, Brazil produced about 69 million 60-kilo bags of java.

9. One of the facts about coffee plants — it takes 3-5 years for a plant to mature into a coffee tree that produces fruit.

10. According to Merriam-Webster, the word “coffee” is derived from the Turkish, Arabic, and Italian languages, specifically the words — ”kahve,” “qahwa,” and “caffe.”

11. You may have seen coffee beans marketed as espresso beans, but there’s no such thing as an espresso roast. Certain beans are better suited for espresso than others, and dark roasts are often preferred. However, you can use any coffee beans for espresso.

12. While many people assume that dark roasts contain more caffeine, light roasts actually contain the most.

13. Regarding facts about coffee lovers — the most popular roast level in the United States is medium roast, according to the National Coffee Association.

14. Fun facts about coffee shops include the fact that there are more than 38,000 coffee shops in the United States, according to Statista. Starbucks is the brand with the most stores.

15. While some coffee is referred to as Italian or French roast, there isn’t an official roast level with either name. These terms refer to beans roasted beyond the second crack that’s typically associated with a dark roast. You can learn more in our Italian Roast vs. French Roast Coffee comparison.

16. Many people reach for an espresso shot when they need a caffeine boost, but a cup of regular brewed coffee contains more caffeine. One shot of espresso has about 63 mg of caffeine, while an 8-ounce cup of joe contains about 95 mg of caffeine.

17. As for facts about coffee industry — coffee is a huge commodity. We’re talking to the point of an estimated $433.6 billion in revenue for the year 2022. 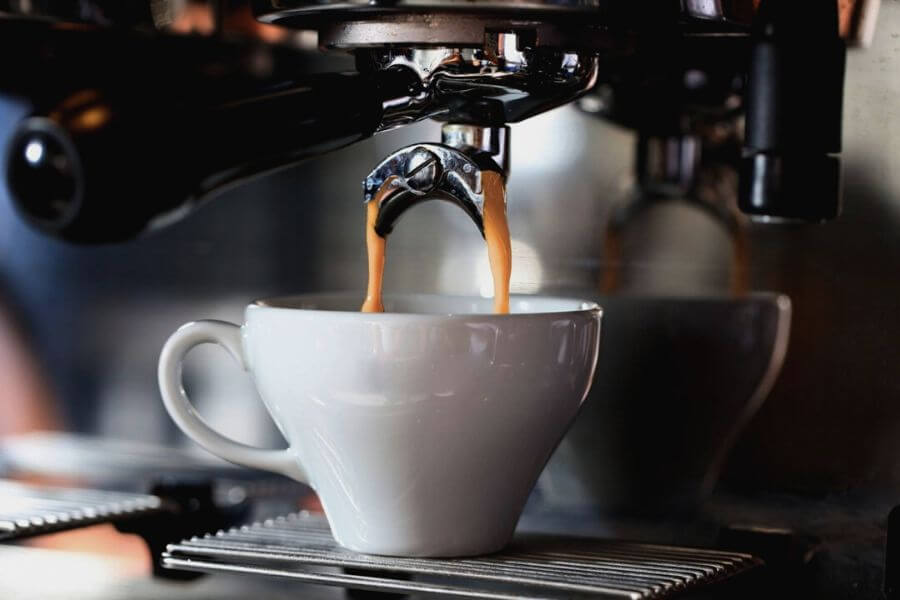 There’s a reason that coffee is one of the most popular drinks in the world. After all, what’s not to like? Its flavor and fragrance, the comfort of a hot beverage — it all adds up to wonderful!

But there’s a lot more to coffee than beans — there are many coffee facts you may not have previously realized. From the types of coffee beans to different roast levels to the number of coffee shops in the US, there are so many great facts about coffee. It’d be a shame to not share this info!

Why Do Most People Love Coffee?

Of all the facts about coffee drinkers, it’s obvious that they love coffee. For some people, it’s the taste, or it’s the caffeine. And, for others, it’s simply a habit that they enjoy in the mornings or even throughout their day.

What Is Something Interesting About Coffee?

There are a lot of fun facts about coffee. One of my favorites is that coffee beans are the seed of a fruit, known as a coffee berry or cherry.

Who Drinks the Most Coffee?

Per capita, Finland drinks more java than any other country in the world. However, for total coffee consumption, that honor goes to the United States. Find out the full breakdown in our Guide on Coffee Consumption by Country.

How Big of an Industry Is Coffee?

Huge. For the year 2022, the coffee industry is expected to bring in approximately 433.6 billion dollars in revenue.

How Did Coffee Get Its Name?

Coffee is thought to be derived from the Arabic word “qahwa,” the Turkish word “kahve,” and the Italian word “caffè,” — with the latter two being types of coffee beverages.

What Are Some Benefits of Coffee?

Among the things to know about coffee is that it has many advantages. Caffeine in coffee can improve alertness and physical performance. Plus, antioxidants in coffee can reduce the risk of certain cancers and enhance brain function.