How Much Caffeine is in Decaf Coffee? 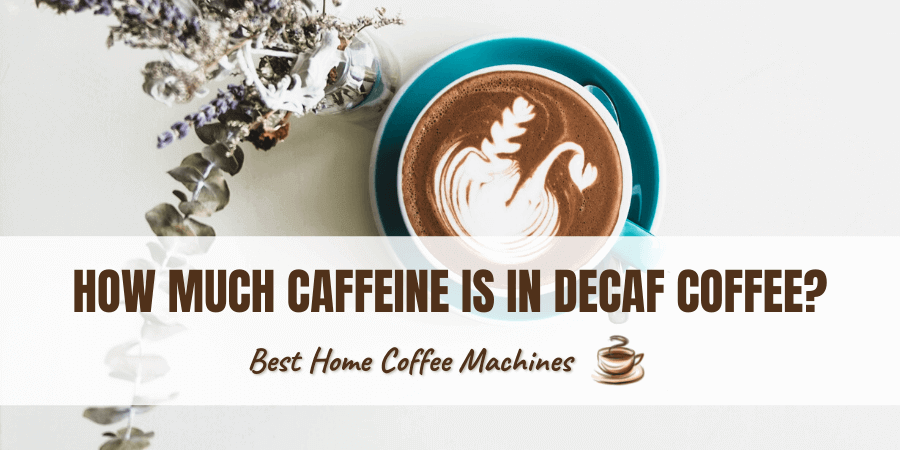 How Much Caffeine Is in Decaf Coffee?

We understand you love a great cup of joe, and maybe you love that caffeine boost just as much as you adore its taste. While it may be hard to envision one without the other, some people prefer the decaffeinated coffee version. According to data from Statista, less than 10% of Americans drink decaf coffee.

The history of decaf coffee is actually pretty long. But since decaf does not enjoy the same popularity as caffeinated java, there aren’t as many varieties and choices. However, this could change if more people decide to forego caffeine.

The term “decaffeinated” may be something of a misnomer, though, or at least a bit misleading. No decaffeinated coffee is completely caffeine-free, at least not yet.

So pull up a chair and your mug as we cover these decaf topics:

Considering that a key reason people drink java is for the energy boost, the idea that some people wouldn’t want caffeine may seem dubious. However, there are several reasons why coffee drinkers choose to cut back on or eliminate caffeine.

For one, some medical conditions and medications may negatively interact with caffeine. For example, caffeine should likely be avoided if you’re taking any medication that acts as a stimulant, since caffeine itself is a stimulant. Caffeine can also trigger heartburn in some people, but decaffeinated coffee is generally well tolerated.

It’s recommended that pregnant women restrict their caffeine intake to 200 mg daily, which is half the recommendation for non-pregnant adults. Caffeine can pass through to the baby, but its exact effects on the fetus are unclear. For coffee-loving mothers to be, asking how much caffeine is there in decaf coffee is a very valid question.

The effects caused by too much caffeine or a caffeine sensitivity can include difficulty sleeping, anxiety, or increased blood pressure. People who are sensitive to caffeine’s effects may want to reduce or eliminate it from their diet. And of course, there are some people — I am not one of them! — who simply choose to avoid caffeine as a regular part of their diets. 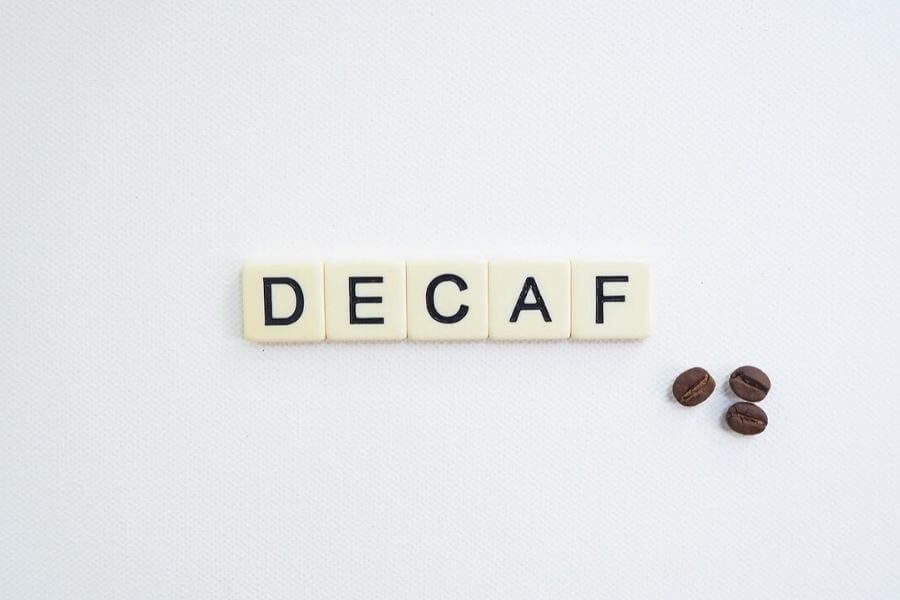 Despite its name, decaffeinated coffee is not totally free from caffeine as it’s simply impossible to remove all the caffeine. However, 97% of caffeine is removed from beans before the adjective “decaf” can be used, according to Healthline. While still present, the level is greatly reduced,

For comparison purposes, 12 ounces of regular java contains approximately 180 mg of  caffeine. So, how many mg of caffeine are in decaf coffee? Only about five to six mg. Of course, if someone must completely avoid caffeine, they should avoid coffee entirely.

The History of Decaffeinated Coffee

Caffeine was first identified in the 1800s, but it took nearly a century before scientists figured out how to remove caffeine from coffee. According to the New Scientist, German chemist Friedlieb Ferdinand Runge was the first to identify caffeine in 1820 after being prompted by the author Johan Goethe (yes, the very same). However, after Runge identified the compound, he didn’t do any further research or experimentation with caffeine.

In 1906, Ludwig Roselius, a German merchant, patented one means of removing caffeine from java using a solvent method. It’s rumored that he made this discovery accidentally when his coffee bean container was soaked with seawater during shipment, but there’s no verification of this story.

While there have been other decaffeination methods over the years, we have yet to develop a commercially viable way to grow caffeine-free plants. Decaffito-type coffee plants, which are naturally caffeine-free, have been discovered but are not widely available. Any time frame for development isn’t known yet so the answer to how much caffeine is in decaf won’t be zero for some time yet.

Decaffeination Methods: How Decaf Coffee is Made

The decaf coffee process starts even before roasting. Decaffeination methods all involve the same basic premise: steam or soak unroasted beans (known as green coffee) until most caffeine is dissolved or the coffee bean pores open and caffeine can be extracted. The specifics of each method differentiate the processes. 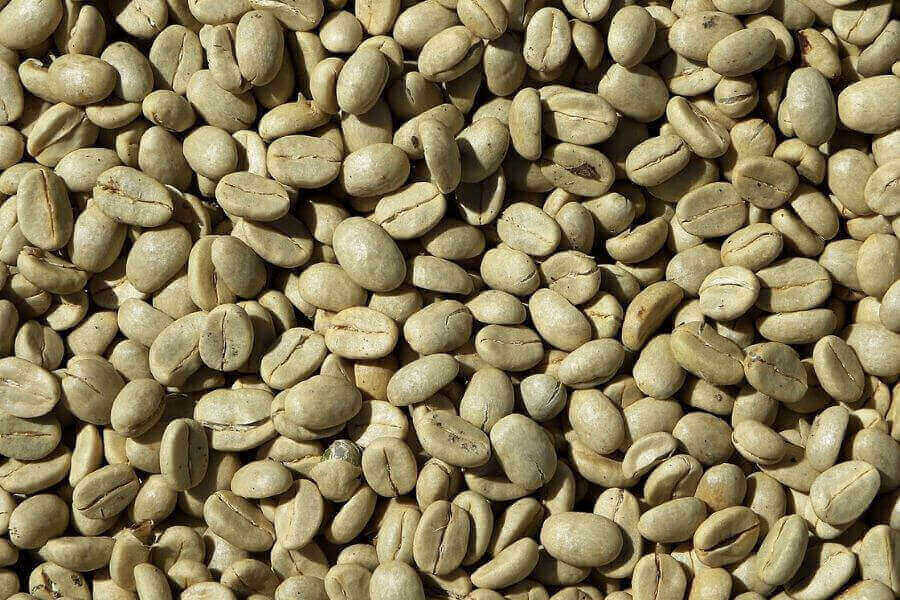 With solvent-based decaffeination, green coffee is steamed and rinsed repeatedly with a solvent to remove the caffeine. This process is repeated 8 to 12 times, which generally leaves the other flavors unchanged.

Originally, Ludwig Roselius used benzene, which was used in other products that stripped paint, to remove caffeine from coffee beans. However, benzene was found to cause cancer and deemed too dangerous for use. Today’s method involves methylene chloride, water, and ethyl acetate combined to form a solvent that removes caffeine. The chemicals dissipate through washing and roasting processes.

The Swiss water process is the only decaffeination method that is organic, using only water, the coffee’s own properties, and osmosis to remove caffeine. This process was developed in the 1930s and may remove 99.9% of all caffeine from the beans.

The liquid then passes through a carbon filter, which catches caffeine molecules. This process must be repeated over and over for 8 to 10 hours. It’s a time-consuming but effective process that minimizes how much caffeine is in decaf.

Supercritical carbon dioxide means this compound has properties of both a gas and liquid. Green coffee is steamed, then combined with water and carbon dioxide in a high-pressure container. At the perfect pressure and temperature combination, carbon dioxide gas is forced into the beans, while the liquid property dissolves the caffeine.

How Decaf Compares to Caffeinated Coffee

Decaf coffee still provides some of the health benefits associated with caffeinated coffee but the specifics aren’t well studied. According to Healthline, decaf can still be a great source of antioxidants, but contains less than regular coffee.

Caffeine is not responsible for health benefits like reducing your risk for cancer, so you’re still going to receive at least some of those benefits. However, without caffeine, some other benefits are lost. For example, drinking decaf means you won’t get these perks:

Reliable information about decaffeinated coffee can be difficult to come by. For example, decaf java is often more expensive, but most people don’t understand that this is due to the processes involved. Decaffeination is expensive, and those costs get passed on to consumers, whether in a cafe or grocery.

Caffeine labels remain largely unregulated as US producers are not required to state the mg of caffeine in their decaf coffee. Along those same lines, it’s almost impossible to know which companies use which decaffeination processes, unless you do some serious research. Transparency is not the standard, so finding out how many mg of caffeine are in your brand of decaf coffee is not easy.

Decaf java may also taste slightly different than fully caffeinated versions. It’s difficult to remove caffeine from beans without also slightly altering their taste and smell. Most coffee experts note that decaf is somewhat milder and less acidic, but taste is always subjective. It’s likely that your choice in roasted coffee beans has a bigger impact on flavor and aroma than decaffeination.

Take a look at our favourite decaf coffee beans:

There are many reasons why some people choose to avoid caffeine, but that doesn’t mean they can’t still enjoy java. However, decaffeinated doesn’t translate directly to caffeine-free, as small amounts of caffeine are still present. Does decaf coffee have caffeine? The answer is almost certainly yes, even if only trace amounts are present.

Decaf coffee is often more expensive than regular java due to the added expense of decaffeinating beans. Some of these methods use chemicals while others follow a more natural process. Unfortunately, it’s difficult to know which method each company uses, as there’s no standardization for decaf labeling.

Don’t worry about losing out on health benefits from coffee by drinking decaf, though. It still contains antioxidants and offers some health benefits like reducing your risk of certain cancers. You may not get an energy boost, but you’ll still enjoy the other perks. So, is decaffeinated coffee better for you? If you need to cut back on caffeine, it’s a better choice than regular joe. 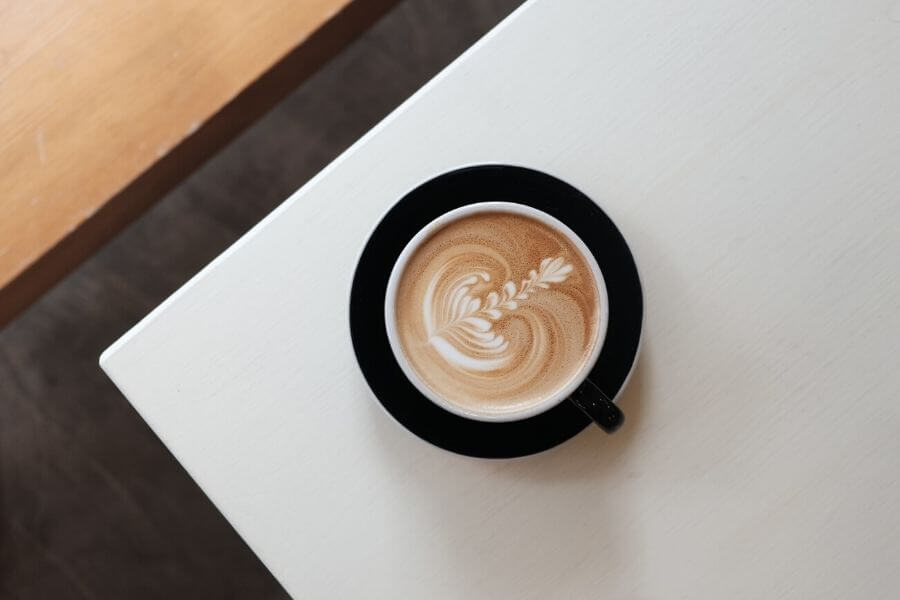 How Much Caffeine in Decaf Coffee? FAQs

Are the Chemicals Used to Decaffeinate Coffee Harmful?

The solvent process uses synthetic chemicals, whereas the carbon dioxide method and the Swiss water method do not. These chemicals have been approved for use in decaffeination, so they have been deemed safe. Beans are washed and roasted at a high temperature afterwards, which eliminates virtually all chemical residue.

What Are the Benefits of Decaf Coffee?

Decaf coffee offers most of the same health benefits as its caffeinated counterpart, including reducing your risk for certain cancers. The main difference is that decaf can’t off you the energy boost associated with caffeine.

When Did Decaf Coffee Become Popular?

Decaffeinated coffee is not nearly as popular as regular java, but it has been commercially available since the early 1900s.

Is There a Naturally Decaffeinated Coffee?

There has been considerable research into naturally decaffeinated coffee plants, but they’re not yet commercially available.

Can Coffee Be Decaffeinated Without Chemicals?

Yes! While technically, the supercritical carbon dioxide method does use the chemical carbon dioxide, it’s a naturally occurring compound, not synthetic. The Swiss water process uses only water and green coffee extract to decaffeinate coffee beans.

What’s the Point of Decaf Coffee?

Some people may be sensitive to effects of caffeine, such as insomnia, while others may have a medical reason for reducing their caffeine intake. Some people just try to avoid caffeine altogether.

Does Decaf Coffee Have Caffeine in It?

Yes, most decaf coffee contains a minimal amount of the stimulant caffeine. Coffee that has been decaffeinated with the Swiss water method has the lowest caffeine levels.