Coffee or Tea: Which is Healthier? 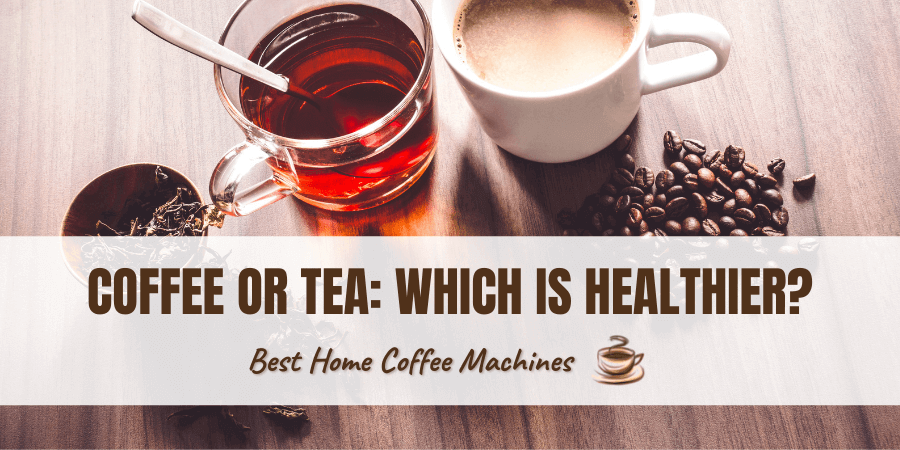 Coffee or Tea: Which is Healthier?

Is coffee or tea better for you? It’s a valid question, particularly these days as we question and quantify absolutely everything related to diet. Most people are either tea lovers or firmly in the java camp, and for the most part, there’s limited crossover.

There may be far more types of coffee beans and coffee trees than there are tea plants, but you’ll still find a variety of each. Coffee and tea actually share some similar health benefits, mostly because they contain significant amounts of antioxidants.

Both beverages are popular across the globe and are grown in many nations. Accordingly, there are numerous types and variations of each, and each has a unique composition that affects how healthy it is. Here’s what we’re covering as we examine the relative healthiness of tea and coffee: 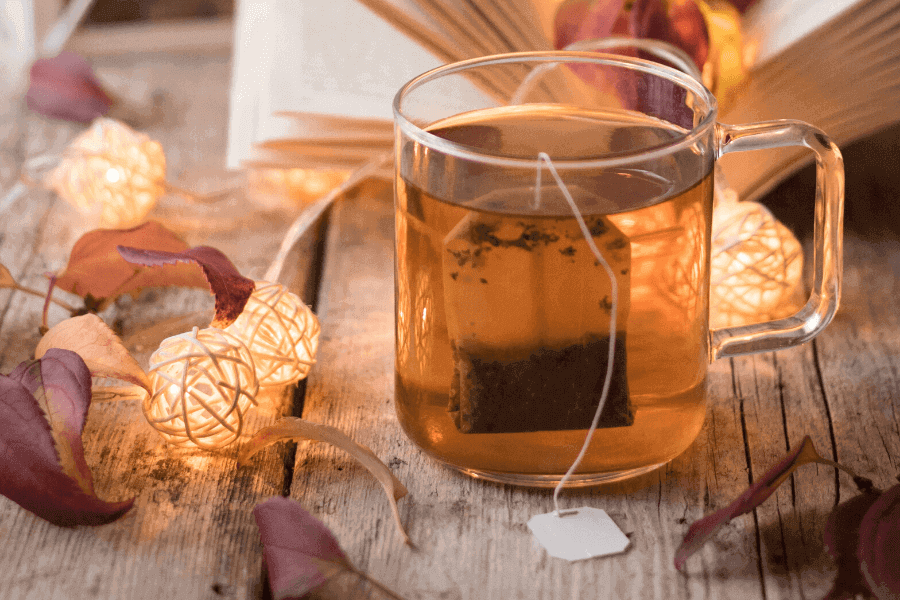 Although the details remain unverified, it’s believed that tea got its start in China as early as 2737 BC. According to the UK Tea & Infusions Association, archeologists have uncovered tea containers dating back to the 200s BC, but the beverage didn’t spread through Europe and beyond until the 1600s.

The largest tea producers are traditionally Asian countries but according to HowStuffWorks, tea is now grown in 30-plus countries worldwide. Camellia sinensis, the plant all true tea varieties come from, grows best in cooler climates with a lot of rainfall.

Tea plants must grow for at least three years before their leaves can be harvested, a process mostly completed by hand during the spring and summer harvests. Tea leaves are then processed with various degrees of oxidation, which forms the different tea types.

You’ve heard about the most common types of tea — green, black, white, and oolong. These are known as true teas, and are developed through different oxidation methods. Black and green teas are the most common.

Black tea is the world’s most popular tea and can be processed by hand or a mix of hand and automation. According to HowStuffWorks, the process is as follows:

With green tea, the oxidation step is omitted, which is why it maintains its greenish color. 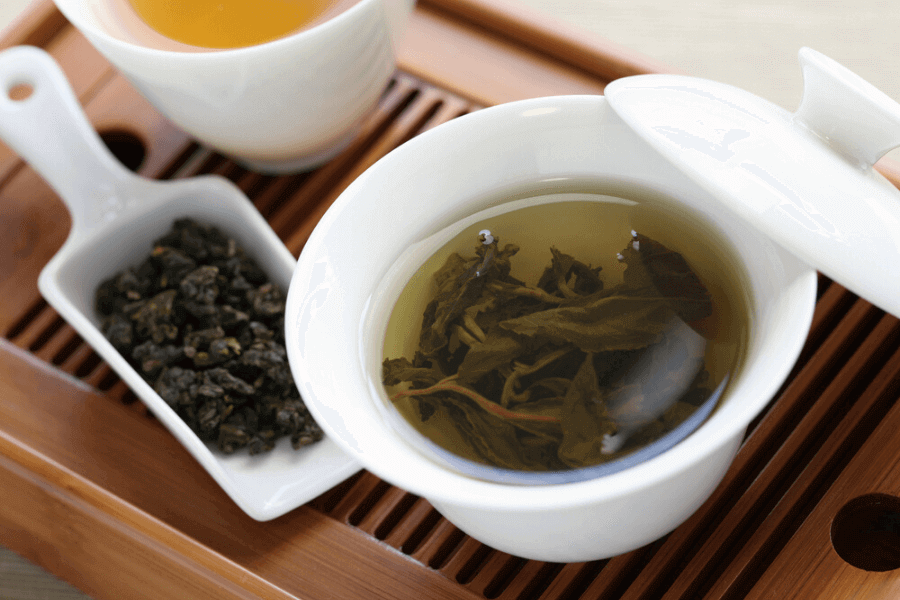 Tea leaves for oolong are generally picked by hand as newer leaves are preferred. However, automated harvesting has begun in some areas.

White tea is usually the least processed of all teas. These leaves are rare and only picked when plant buds have not yet opened.

While everyone is familiar with herbal tea, it’s not true tea because it doesn’t usually contain tea leaves. Instead, herbal tea is a combination of herbs, fruit extracts, and/or spices.

Which Tea Is the Healthiest?

Out of the four main true tea types, white and green are your best choices for health as there’s less processing. The more tea leaves are processed, the more the antioxidant benefits are affected. That’s not to say black or oolong teas are bad because they’re loaded with goodness, too, just not quite as much as green and white teas.

When comparing tea vs coffee in a historical context, java hasn’t been around as long, but it has made a lasting impression on the world. Legend has it that coffee was discovered in Ethiopia, but that remains unproven. According to PBS, coffee fruit, like cherries, was used to make a wine-like drink before coffee as we know it today appeared. Wait, why don’t we still make that wine-like drink?

Roasting beans began in Arabia in the 13th century, but word didn’t spread globally until the 1600s. In North America, roasting didn’t begin until the late 1700s. Between then and now though, it has become standard practice.

Take a look at our deep-dive article into the history of coffee.

Coffee can be grown in many countries, but Brazil is the largest producer of coffee. Coffee beans are actually the inner pit of a fruit called a coffee cherry. Coffee is usually planted during the wet season and matures in three to five years, depending on the type. For countries with defined wet and dry seasons, there may be one harvest per year only, but in countries without those defined seasons, there may be two.

According to the National Coffee Association, coffee is picked selectively by hand or strip picked by machine, and the processing process is intensive.

Learn the ins and outs of coffee’s journey from seed to your cup here.

It’s impossible to cover all types of coffee blends because there’s an infinite number of possibilities, but here are the four most popular bean types: 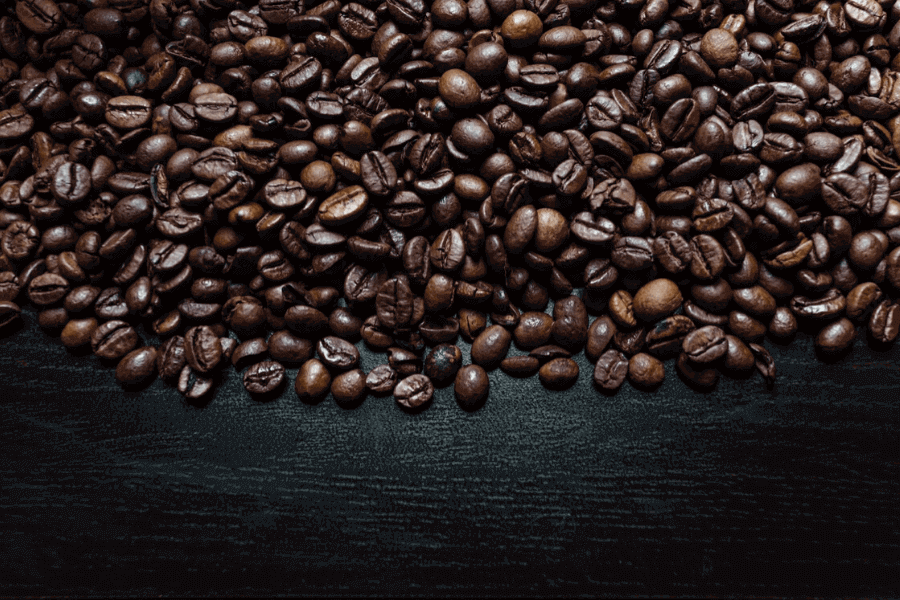 When it comes to caffeine content in the coffee vs tea debate, tea is better if you’re minimizing your caffeine levels. According to Healthline, an eight-ounce cup of black tea contains an average of 47 mg of caffeine, while the same size cup of java has 95 mg.

Green tea has less caffeine at around 20 to 45 mg, while white tea has 6 to 60 mg. However, brewing methods can affect caffeine levels, for example, steeping tea for longer produces more caffeine.

The caffeine in coffee is also affected by brewing methods. As an example, a one-ounce shot of espresso can have close to 60 mg of caffeine. A double shot would have twice that amount, and you’re still only drinking two ounces, not eight.

If your water for brewing is extremely hot, it may result in more caffeine. You may need that caffeine boost if you’re trying to wake up before work or you’ve had a late night!

So which is better in terms of your health, coffee or tea? Both confer benefits and both contain antioxidants, which protect your body from cell damage, plus they may boost your immune system. According to Healthline, tea and coffee both contain polyphenol micronutrients.

Black tea contains theaflavins and catechins, which may protect against certain types of cancer. Green tea also offers similar benefits. For java, it’s the flavonoids along with chlorogenic acid that appear to offer some protection against certain cancers. There’s no clear winner in the coffee vs tea health debate.

Both coffee and tea have been linked to a decreased risk of other medical conditions, including heart disease, stroke, and diabetes. Tea may help lower LDL cholesterol, the bad cholesterol, plus green tea has anti-inflammatory properties. Coffee has been shown to improve energy levels and focus and is a source of B vitamins.

Each is useful for weight loss as caffeine can speed up your metabolism and may also act as an appetite suppressant. Java may have a slight edge in the coffee vs tea weight loss argument, though as its caffeine levels are higher.

Yes, there are many health benefits associated with tea and java, but there are some negative side effects, too. Usually, these are associated with drinking excessive amounts, but not always. So which is more harmful, tea or coffee?

Too much caffeine can be a problem in both tea and coffee. Most adults can safely consume up to 400 mg of caffeine daily, but some people are more sensitive to caffeine than others. Excess caffeine can cause an increased heart rate and difficulty sleeping. While caffeine may help you lose weight, you’ll cancel out that benefit if you add sugar, milk, or cream to your beverage.

Drinking too much coffee or tea can interfere with your body’s ability to absorb iron, but this may be related more to tea than java. And you would have to drink a lot to have that happen. Tea, specifically green tea, can interact with certain medications, so always make sure your doctor knows you drink tea. 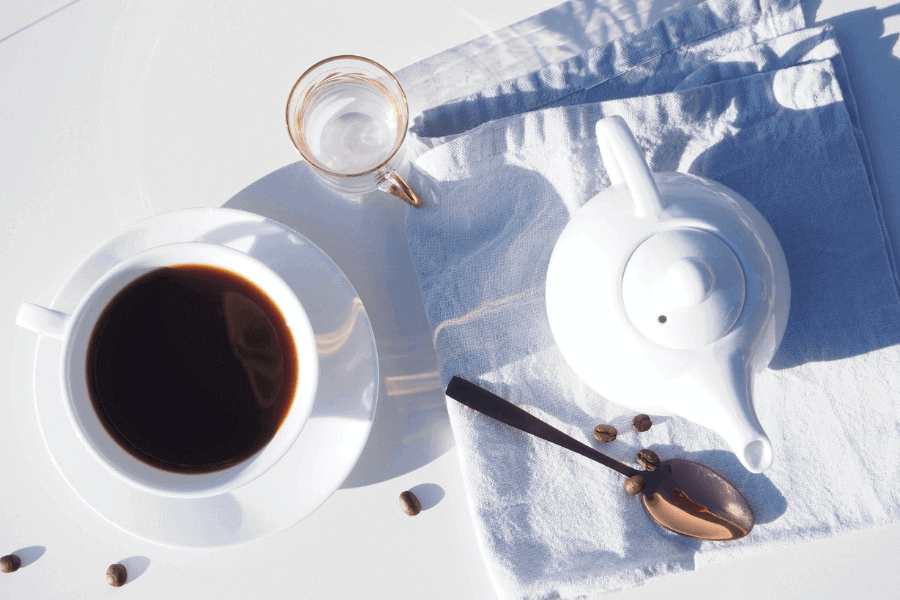 Coffee or Tea, Which Is Better?

Coffee versus tea. Truthfully, this one is a tossup. You can’t go wrong with either, as both offer numerous potential health benefits, along with tasting delicious! Many of their health benefits are similar, likely because of the combination of antioxidant compounds present in both.

Both beverages offer caffeine boosts for energy and focus, but coffee usually has more caffeine. For that reason, a cup of joe may give a more noticeable increase in energy. Tea tends to be more soothing, even with caffeine, so there may be some truth behind the suggestion that a cup of tea is a form of emotional support.

But if you’re asking, “should I drink tea or coffee?” our recommendation is to enjoy both in moderation!

In terms of health benefits in the coffee vs tea debate, there are plenty of arguments for each. Antioxidants are present in both tea and coffee, and these can actively improve health and reduce the risks factors for several medical conditions.

Java and tea both have long, illustrious histories; we’ve enjoyed coffee for hundreds of years, and tea for two thousand years. The most popular tea types — black, green, oolong, and white — all originate from the same Camellia sinensis plant. Different levels of exposure to oxygen are what differentiate one type from another.

Coffee, on the other hand, originates from different kinds of coffee shrubs or trees. Arabica, Robusta, Liberica, and Excelsa are the most popular beans, although there are others. These beans can be roasted and blended into a seemingly endless number of coffees.

That sums up our examination of whether tea is better than coffee. Hopefully you’ve learned something useful and if you have, please share this article with your friends!

Still have questions? Check out the FAQs below!

Coffee or Tea: Which Is Healthier? FAQs

Which Is Stronger, Tea or Coffee?

Which Tea Is Highest in Caffeine?

Black tea usually contains the most caffeine, although that can vary.

What Is the Healthiest Tea?

Green tea is your healthiest option, as it’s processed less than black tea but still has plenty of antioxidants.

Is Daily Coffee Good for Health?

Yes! Coffee has been shown to have many health benefits, including a reduced risk for many types of cancer.

What Are the Bad Effects of Tea?

If you drink too much tea, you may suffer some side effects from the caffeine, such as anxiety or insomnia. Too much tea can also interfere with your body’s ability to absorb iron.

How Should I Drink Coffee for Weight Loss?

The caffeine in coffee can assist with weight loss, but it’s only effective if you skip the additives like sweeteners and cream. However, you should stay under 400 mg of caffeine daily, that’s about four cups of filter coffee.