Coffee From Kenya — What Makes This Coffee Special 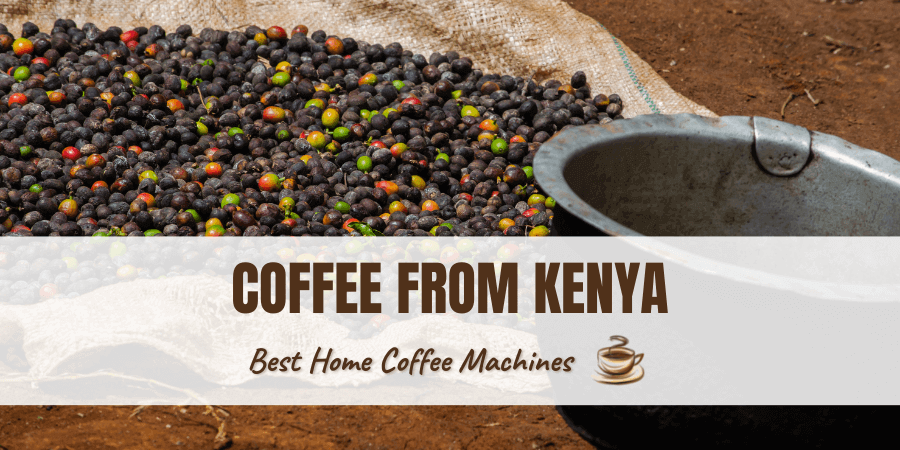 Coffee From Kenya — What Makes This Coffee Special

Many consider coffee from Kenya to be among the most desirable because of its rich body, flavor complexity, and bright acidity. The mountainous regions of Kenya provide nutrient-dense volcanic soil that makes an ideal location for growing coffee plants.

Kenya’s history with coffee stretches back over a century, although Kenyans haven’t always had complete control over its production. There’s even a national research center dedicated to coffee research and the best methods for growing it.

While coffee production in Kenya has declined somewhat over the past decade, many people are only now discovering how fantastic this coffee is. These are some topics we’ll cover as we look at what makes it so amazing:

Where Is Kenyan Coffee Grown?

Well, the obvious answer is Kenya, of course! But more specifically, the major coffee-growing regions of the Central Highlands, Mount Kenya, and the Aberdares. There are some other coffee farms, but the mentioned areas are the largest producers. Volcanic soil is fertile, rich, and perfect for growing coffee. 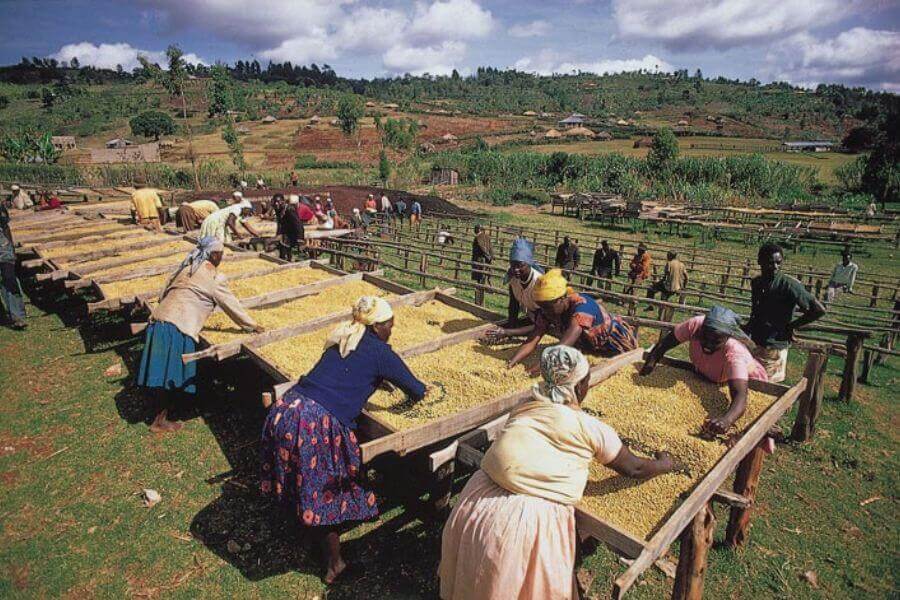 Despite sharing a border with Ethiopia, where the history of coffee begins, coffee plants weren’t introduced to Kenya until the late 1800s. There are differing stories about it, but it’s believed that missionaries brought coffee from Brazil into Kenya.

Kenya became a British colony around the same time and also took control of coffee production in Kenya. Locals were enslaved or paid considerably poor wages, while the beans were sold in London. After years of rebellion, control over coffee production returned to Kenyans, and the country achieved independence.

In 1964, the Coffee Research Foundation was formed, now known as the Coffee Research Institute. It’s dedicated to research and offering training to farmers and coffee producers. The organization offers soil and leaf analysis to determine the best growing methods, forecasts weather, and produces certified coffee seeds for farmers.

Today, the Kenyan coffee industry still produces some of the most desired coffee beans worldwide, although Kenyan coffee production is considerably lower than its peak. The International Coffee Association (ICO) recorded approximately 775,000 60-kilo bags of coffee produced in 2020 — roughly an eight percent drop from the previous year.

Kenyan coffee is mostly grown on small plantations. However, the country has a complex cooperative system that assists farmers in every aspect from growing to selling.

According to the International Coffee Organization, Kenya has a rather complex grading system for coffee grown there. Peaberries are the highest classification, coffee beans that result from a mutation — causing a single larger seed to form instead of the standard two seeds in a fruit. Next are AA, AB, and C, categorizing coffee beans according to how many minor defects they have.

There are also Elephant beans, which are coffee beans separated during processing. And, coffee beans of lesser quality may be categorized as TT, T, or UG, usually because of size, color, or other defects. 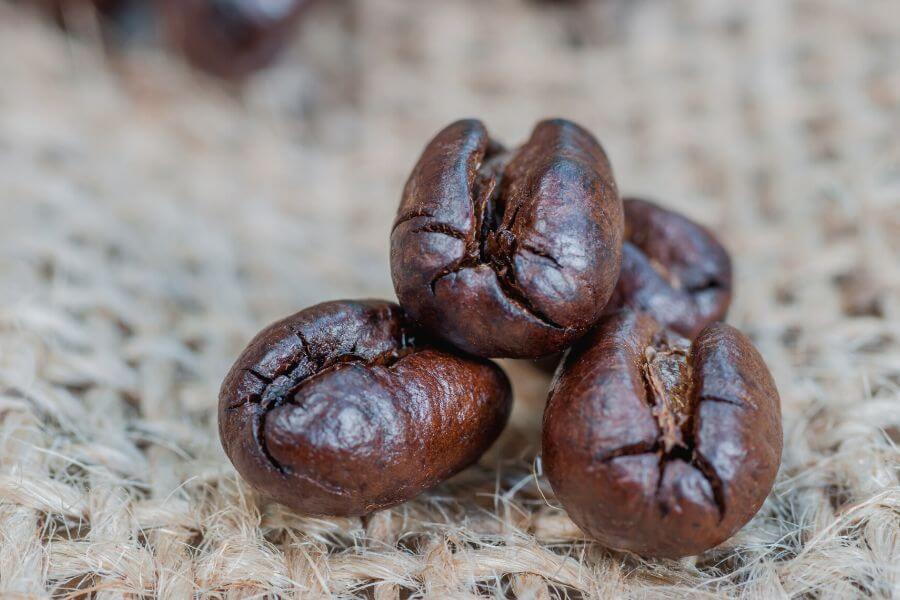 Kenya coffee, like other coffee grown in Africa, has some very distinct characteristics. Its aroma is fresh with floral notes, and this brewed beverage is best described as sweet with bright acidity and a medium-to-full body.

Kenya coffe taste: Typical flavors from Kenyan coffee beans include berries, lemongrass, citrus, and black currant. It’s rich and savory, with a wine-like aftertaste. A light or medium roast is most common, to emphasize a fruity flavor. However, dark roasts will include hints of cocoa or caramel.

Of course, you can brew Kenyan coffee any way you wish, but it shines with steeping methods like French press or cold brew. Those methods take advantage of the flavors of this coffee.

A brewing method most commonly found in Africa, kahawa chungu (Swahili for bitter coffee) is a traditional beverage that’s customarily served to men. This coffee is brewed in a particular way — in a brass kettle, using a charcoal stove, and served in tiny cups. Spices like cardamom, cinnamon, and ginger are included, which give this beverage a distinct bitter taste.

Some believe this java may be an aphrodisiac, because of caffeine’s effect on alertness and blood circulation. 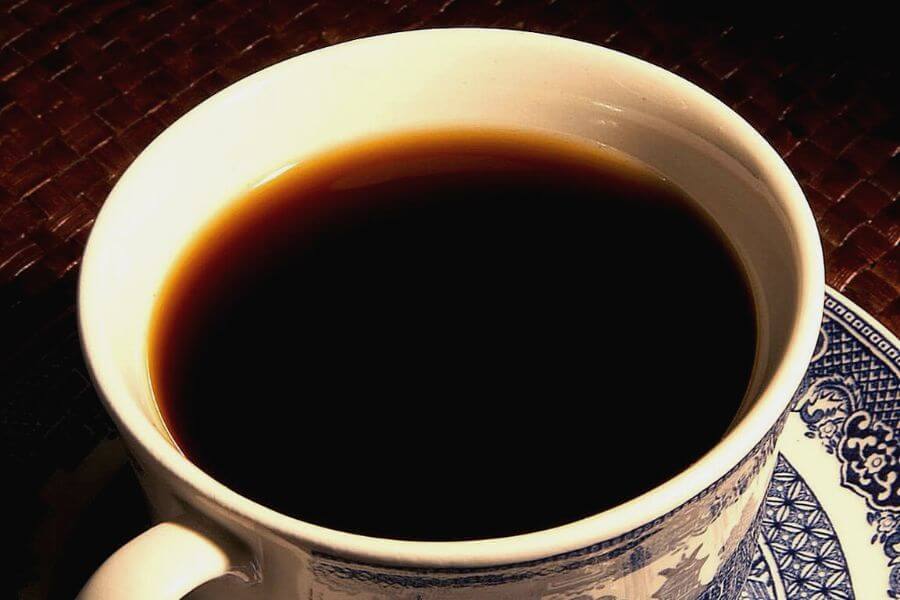 Coffee from Kenya is considered to be a treasure among java lovers. Rich with volcanic soil, the mountainous areas of this country are ideal for growing coffee. Arabica coffee is the main type produced, with the majority being exported to other countries.

Kenya has taken full control over coffee production, using a cooperative system for harvesting, processing, roasting, and marketing. However, many coffee plantations are small-scale, with most using washed processing and sun-drying methods to process green coffee.

With a sharp acidity, coffee originating from Kenya often carries a flavor both sweet and savory. Hints ranging from citrus to black currants are common with light and medium roasts, but you’ll notice tones of caramel and cocoa with dark roasts. If you haven’t tried a full-bodied Kenyan coffee, you’ve been missing out!

Why Is Kenyan Coffee so Good?

Kenyan coffee is grown in volcanic soil, the perfect conditions for coffee. The altitude at which these plants flourish is also ideal for developing coffee with a lot of acidity and fruit or floral tones.

This coffee has a complex flavor and body that includes hints of sweet fruit, with a wine-flavored aftertaste. It’s delicious! Light and medium roasts also often boast a floral aroma.

Are Coffee Beans in Kenya Arabica or Robusta?

Virtually all coffee that’s grown in Kenya is Arabica. These coffee beans brew a beverage with smooth flavors.

Is Kenya a Leading Producer of Coffee?

Kenya is a top producer of coffee in Africa, but it’s not quite on par with coffee powerhouses like Colombia and Brazil.

Whether it’s bitter depends upon how you brew it. Kenyan coffee is typically pretty smooth, but if you’re brewing kahawa chungu, spices are added to make the beverage very bitter.

How Do You Make Kenyan Coffee?

Kenyan coffee beans create the best brew when steeped in a French press or as cold brew. A traditional Kenyan brewing method is kahawa chungu, in which coffee is brewed in a brass kettle with various spices. It’s then served in tiny cups.