Caffeine in Tea vs. Coffee

Caffeine Levels in Tea vs. Coffee

Tea and coffee are two of the most beloved beverages in the world. With good reason too; they’re both delicious and come in many different varieties, blends, and flavors. Plus they’re the perfect pick me up on a cold morning.

While both beverages are usually caffeinated, there are some differences in the caffeine levels in tea vs coffee. Don’t worry, no one’s trying to convince you to choose one over the other! We know there are tea lovers and coffee lovers, and that their paths don’t always cross.

It’s a common assumption that coffee contains more caffeine than tea, but is that true? Will a cup of tea give you a similar energy boost to what you get from java?

Here’s what we’ll cover as we examine the caffeine differences in coffee vs. tea:

It’s obvious by the popularity of coffee and tea that much of the world loves caffeine. But what is it exactly? According to Healthline, caffeine is a natural stimulant, and one of the most common ingredients throughout the world.

By definition, a stimulant stimulates the human central nervous system and your brain. In the case of caffeine, it effectively blocks a neurotransmitter called adenosine that would normally make you feel tired. As adenosine’s activity level increases throughout the day, you start to feel tired. Caffeine counteracts this, which explains why you may feel more energetic and alert after consuming coffee or tea.

Caffeine can also affect other neurotransmitters, and the knock-on effect is that you may find it easier to concentrate and feel more focused. Caffeine can even improve your performance at physical tasks, like exercising. These effects show quickly, often within 20-30 minutes, which is one reason why so many people love that cup of joe in the mornings. 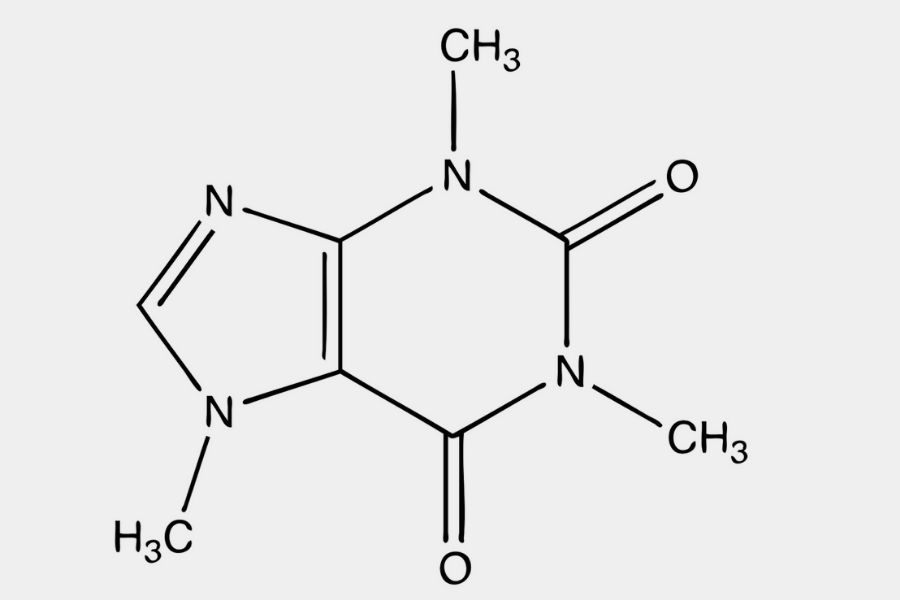 We’ve all heard about the risks associated with consuming too much caffeine: difficulty sleeping, fast heart rate, and even anxiety. However, unless someone is really sensitive to it, those effects typically only occur after consuming a lot of caffeine. In moderation, caffeine is considered safe.

But what exactly is a safe caffeine amount? Up to 400 mg per day, according to health professionals. That equals about two to four cups of coffee daily or a slightly greater amount of tea. Pregnant women should limit their caffeine consumption to no more than 200 mg per day.

Tea leaves are about 3.5% caffeine. On the other hand, coffee beans are about 1.1 to 2.2% caffeine. So how did coffee get its reputation for being the caffeine leader?

Brewing makes all the difference. Making java requires hotter water than tea, so a larger amount of caffeine can be extracted from the beans. In addition, more coffee beans are used to brew coffee than tea leaves to brew tea.

There is no universal answer to how much caffeine is in coffee since caffeine content varies depending on the brewing method, the type of coffee bean, how much ground coffee is used, and the serving size. The longer it steeps, the more caffeine will be in the beverage. The same also holds true for coffee brewed with hotter water.

Robusta usually has a higher caffeine content than Arabica beans. Espresso contains less caffeine per shot when compared to a cup of java, but the caffeine is much more concentrated in espresso. However, if you prefer a double shot of espresso, you’ve bumped it closer to the top of the caffeine list.

Because there are so many factors that can affect caffeine content, the measure of caffeine in each type of coffee is presented as a range. And yes, decaffeinated java does have a small amount of caffeine. Does coffee have more caffeine than tea? You can see the data for yourself.

Just as with coffee, the caffeine content in tea can vary dramatically depending on the type of tea, water temperature, and the steeping time. Some types of tea leaves contain more caffeine than others due to the level of oxidation used and when the leaves were harvested.

As a general rule, black tea and matcha green tea are often highest in caffeine. White and green teas usually (but not always!) have less caffeine. Herbal teas are not generally made from actual tea leaves, so they usually have minimal caffeine, but you should always check their ingredients. On the other hand, decaffeinated tea does still contain a small amount of caffeine. 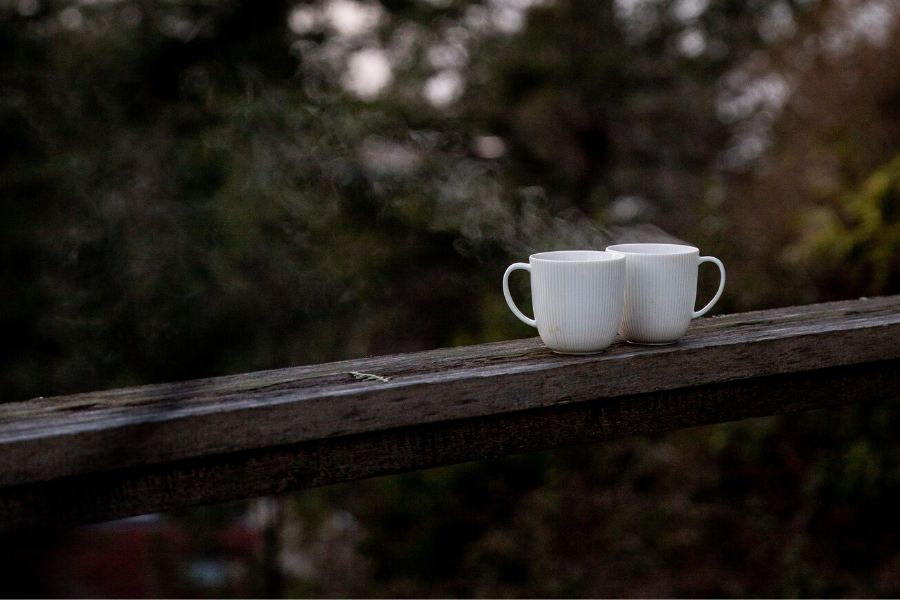 Is There More Caffeine in Tea or Coffee?

Does tea have more caffeine than coffee?

As already mentioned, there’s actually a greater amount of caffeine present in one tea leaf than in one coffee bean. However, through brewing, more caffeine can be extracted from coffee beans than tea leaves, which means brewed coffee has a higher caffeine content.

With the possible exception of matcha green tea, you can reasonably assume that there is a lesser amount of caffeine in tea versus in coffee. As previously stated, the caffeine content of both prepared beverages varies according to a number of factors.

So Which One Should You Drink?

While the majority of Americans have a definite preference for coffee, many Americans, along with the rest of the world, also enjoy drinking tea. There’s no right or wrong choice.

People who love java enjoy the flavor, aroma, and ritual that goes with brewing coffee. And yes, they also enjoy that caffeine boost which comes along with a delicious cup of joe. Tea drinkers also enjoy the brewing ritual. However, tea is commonly used as a way to wind down or soothe, rather than get you ready for the day.

If you’re looking for a needed energy boost, then java or tea high in caffeine will work. For example, espresso or matcha green tea both have high caffeine amounts. On the other hand, if you want a hot beverage that can be savored before bedtime, decaf coffee or tea is your best bet.

Caffeine in Tea vs. Coffee FAQs

No. Your body doesn’t distinguish between caffeine from tea and caffeine from coffee because the chemical compound is exactly the same.

Which Tea is Highest in Caffeine?

Matcha green tea has the highest amount of caffeine when brewed. Matcha is powdered green tea leaves, and the more powder you use, the more caffeine is present.

Yes, brewing time affects caffeine levels in tea. The longer tea steeps, the more caffeinated it is. If you’re trying to reduce your caffeine intake, you can shorten your tea’s steeping time.

Is It Healthier to Drink Tea or Coffee?

Both beverages are good for you in moderation, and neither tea nor coffee is inherently healthier than the other. Tea and coffee contain antioxidants that may help reduce your risk of certain health conditions and diseases.

How Much Caffeine Is in Green Tea vs. Coffee?

What Tea Has No Caffeine?

If tea is made from tea leaves, crushed or whole, it has caffeine. Even decaf tea contains trace amounts of caffeine, but the level is exceptionally low. Herbal tea, which is typically not made from actual tea leaves, may be caffeine-free, but that depends on the ingredients used in each blend.